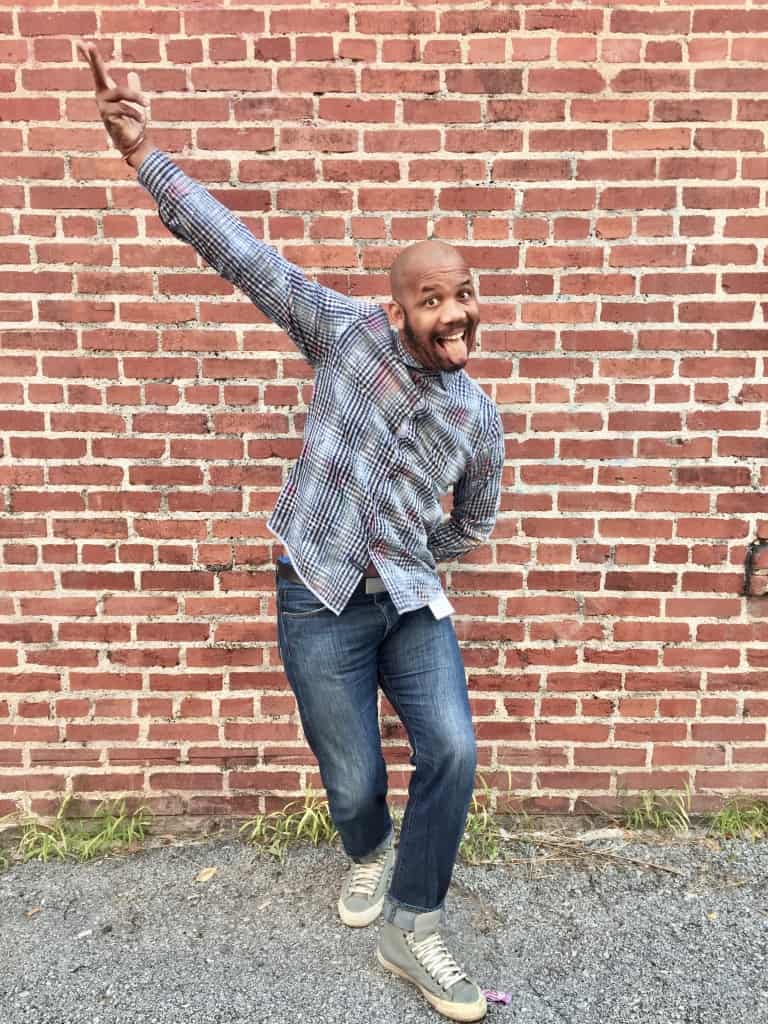 Emanuelee “Outspoken Bean” is a performance poet, writer, compassionate mentor, electric entertainer, and an educator. Bean travels the country performing his original works and inspiring creative minds. Bean is a military brat but, calls San Antonio, Texas home and since high school Bean has been producing shows and performing continuously. That work ethic has taken him to Trinidad to Off-Broadway New York City and across the Houston Metropolitan where he inspires people from all walks of life to find their voice. He is a Texas Poet Laureate nominee, ranked 9th in the Individual World Poetry Slam 2013, ranked 2nd in collaborative poetry at Group Piece Finals 2013 and, is ranked 11th at National Poetry Slam 2014 (both with Houston VIP). He started performing spoken-word in 2005. In his senior year at Prairie View A&M, Bean founded and coached the University’s first poetry slam team. In their first year, they won the title in their region and grabbed the 8th place ranking in the country at College Union Poetry Slam Invitational (CUPSI ’08). Bean has also worked with the Harris County Department of Education, Houston’s Young Audiences: Arts for Learning and Texas Commission for the Arts, and Houston Grand Opera. He serves as the Project Coordinator, Lead Coach and mentor for Meta-Four Houston, a project under Writers in the Schools’ WITS Performance program where professional performance/slam poets encourage self-expression and literacy among Houston’s youth through creative writing and performance.

Eepi Chaad is an arts access advocate, a working studio artist, and an environmentalist. Each passion feeds the other and this has informed her mission. After studying architecture at the University of Houston with a focus on sustainability, Eepi decided to shift her career path to focus on a different way supporting healthy social practices. She worked to develop her personal artistic practice while concurrently working in arts outreach by creating continuing professional development programming for artists and arts educators. Eepi went on to work as a residency coordinator & teaching artist for an eco-art non-profit on the Gulf Coast that bridged the gap between arts access and ecology through public art projects and outdoor adventures to promote conservation of coastal margins. Eepi was then selected as one of the first resident artists for the City of Houston, where she worked with immigrant and refugee populations to create communal art as an exercise in creative placemaking. Most recently, Eepi has joined Art League Houston where she is spearheading the growth of the organization’s outreach and arts access programming. Eepi believes that just like art, every community is built of ingenuity & creativity therefore these practices must be utilized in tandem to grow a successful and healthy society for all. 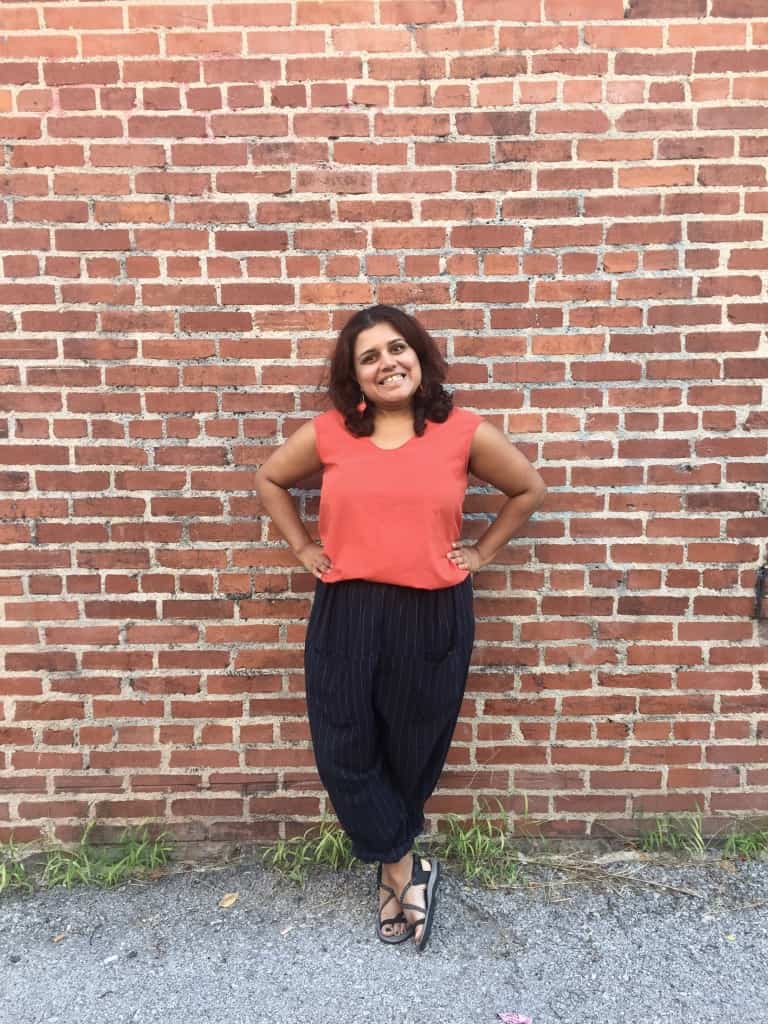 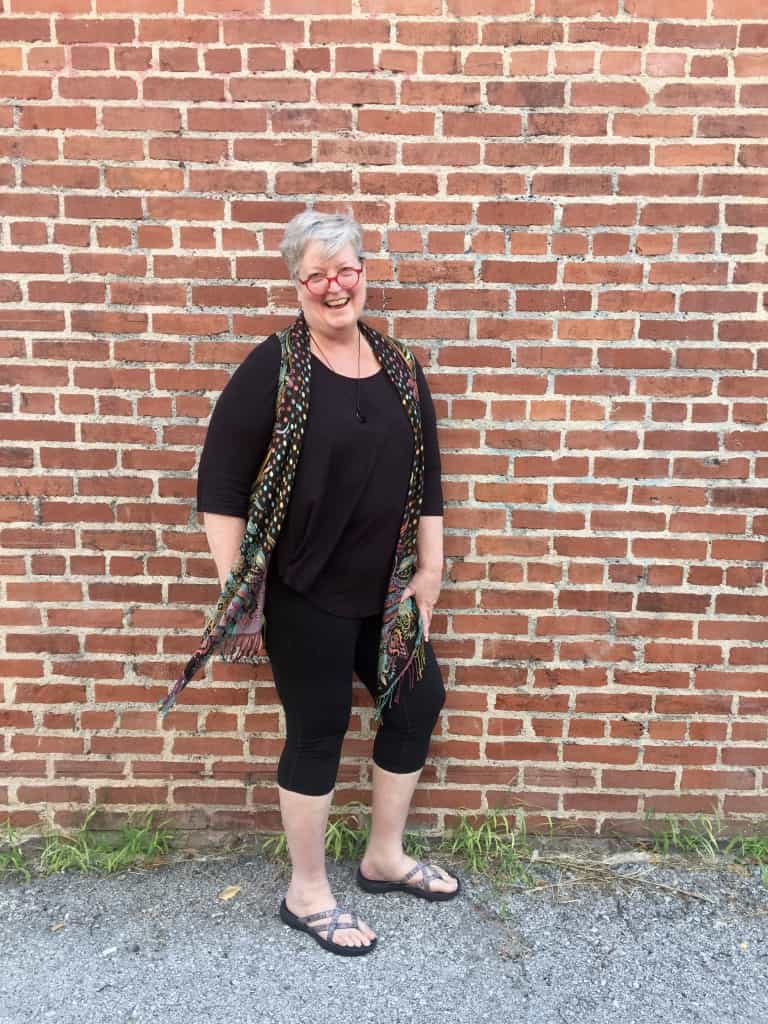 Tami Merrick Moschioni has lived/worked for the past 16 years at her studio in the First Ward Cultural Arts District in Houston, Texas. She has extensive studies at Art League and is completing a certification at MFAH Glassell School of Art with major in painting and sculpture. In addition, she has a Master of Architecture degree. She received a Houston City Initiative Grant for an international collaboration project. “Rorpost Collaboration Project” was created with her artist critique organization called Art Chatter. She is also was part of a two artist collaborative sculpture commission at the George R. Brown convention in Houston. Process and color field with juxtapositions of flatten forms are inherent in her art career. She experiments in multi layered mediums including: ink, Mylar, collage, acrylic/ enamel/ oil paints, wood, and salvaged materials. Her sculptural work is still in exploration and flux in terms of medium and materials. Most recent series worked mostly in assemblage of found materials from Houston Building recycle center.

Dominique Røyem is the Music Director of the Fort Bend Symphony Orchestra. An active guest conductor, she has worked with ensembles such as the Ukrainian State Orchestra, Plevin Philharmonic, Galveston Symphony, Moores Opera Center, Sugarland Opera, HBU Opera Theatre, and the Houston Civic Orchestra. She was the Resident Conductor for Bayou City Concert Musicals, Music Director for Houston Grand Opera’s Opera to Go! during the 12-13 and 13-14 seasons, and the Conducting Fellow for the Allentown Symphony Orchestra’s 2012-2013 season. She has a Doctorate in Orchestral Conducting from the University of Houston Moores School of Music. Her dissertation, entitled “Generic Integration and Its Expressive Potential in the Music of Kurt Weill and Richard Rodgers,” uses semiotic and genre theory to illuminate the similarities between opera and musical theatre in the 1940s and 1950s. Dominique currently lectures at the Women’s Institute of Houston. Dominique’s YouTube channel focuses on bringing her joy about classical music to listeners everywhere. Check out her videos about Music History, Music Theory, and Pop Music. Her upcoming engagements can be found on www.dominiqueroyem.com, or on Twitter, Instagram, Facebook, TikTok, and YouTube @dominiqueroyem. 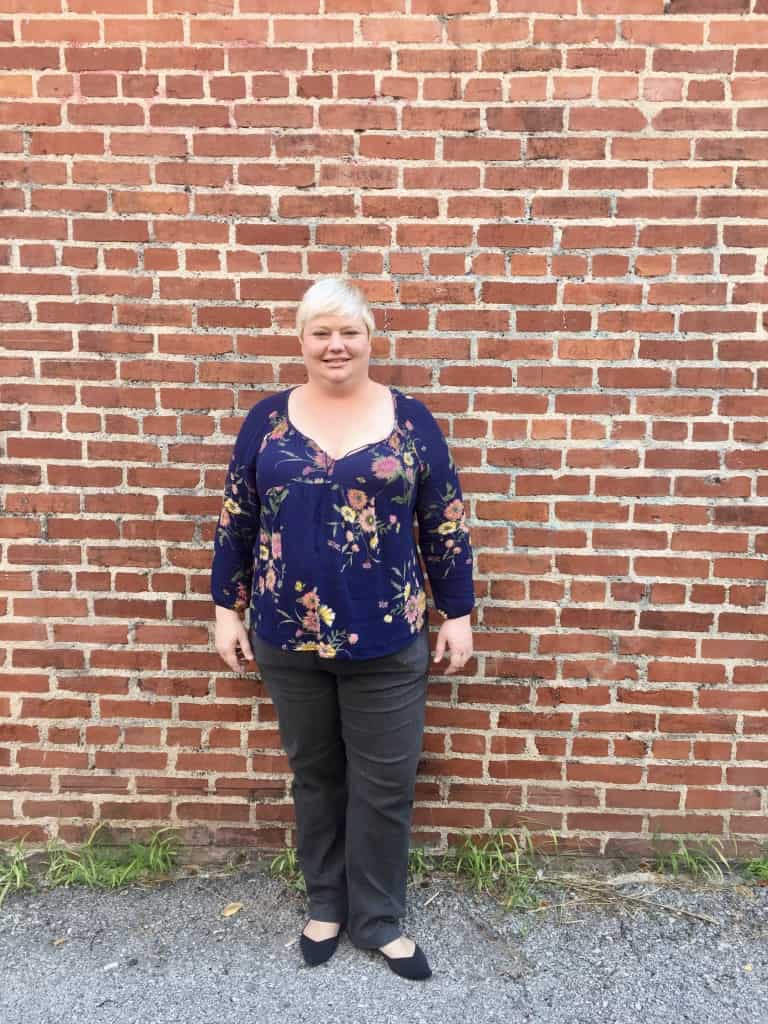 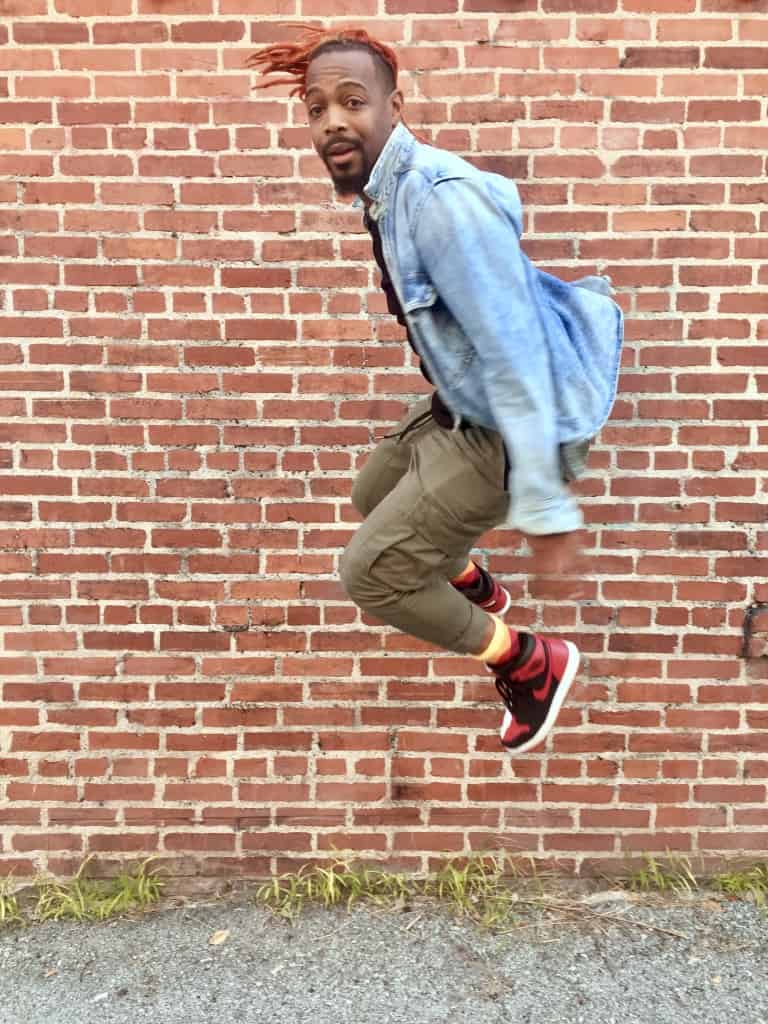 Christopher Thomas began dancing and entertaining at a very young age, by the time he reached 11 Thomas was already being featured in commercials. Taking a break during his teen years to focus on sports and college Thomas returned to his true love, dance, and in 2007 began traveling the world. Thomas has visited 24 countries as a teacher, choreographer, and performer. Through corporate entertainment Thomas has performed alongside Steven Tyler, Keith Urban, Sugar Ray, Life House, Natasha Bedingfield, 69 Boyz, Flo Rida, Kendrick Lamar, and more.

Choreographer, Lori Yuill, has been engaged in making dances for the past two decades. Her most recent work “Still Life” was commissioned by the Pilot Dance Project and performed as part of the Houston Fringe Festival (2020). She has made a number of site specific works including “Green Zebras: Moringa Madness” which was performed at urban farm, Finca Tres Robles (2018-2019), and “Refraction” which was performed at the Houston Kite Festival as a part of the installation “Color Bursting Hermann Park” (2018). In addition to making dances for specific spaces, Yuill has made several evening length works for the stage including “The Remembering Happens” made during a residency at Rice University in 2016. Her work includes ongoing research into the in-between spaces: the space between narrative and abstraction, choreography and improvisation, and between performance and rehearsal. 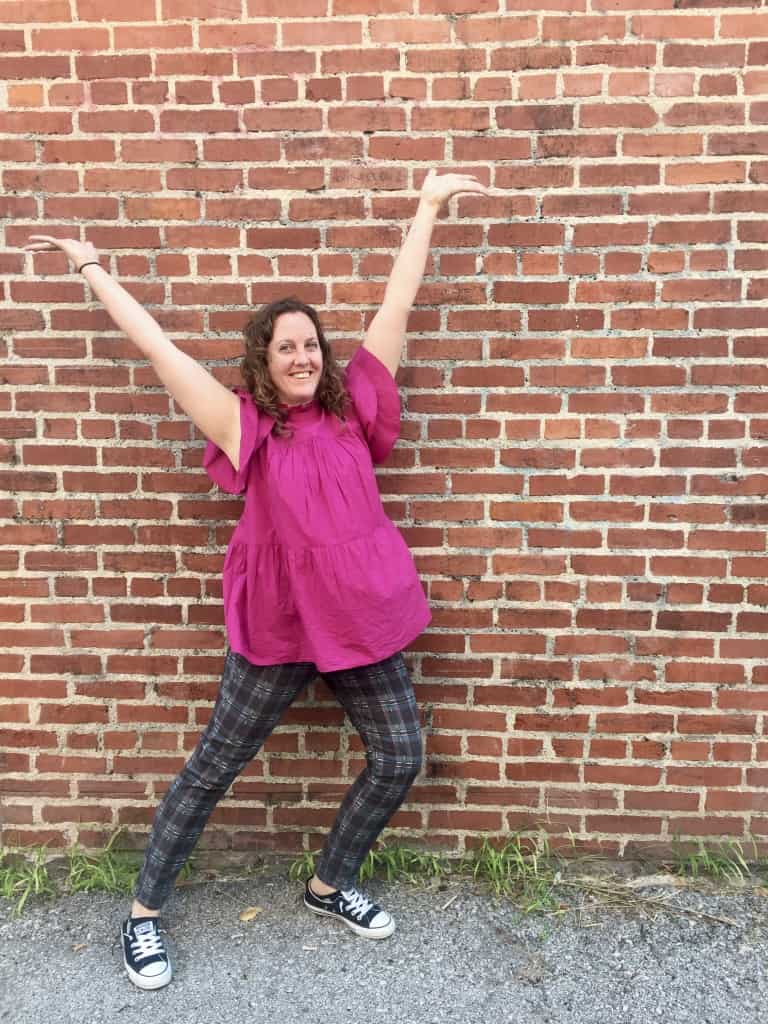 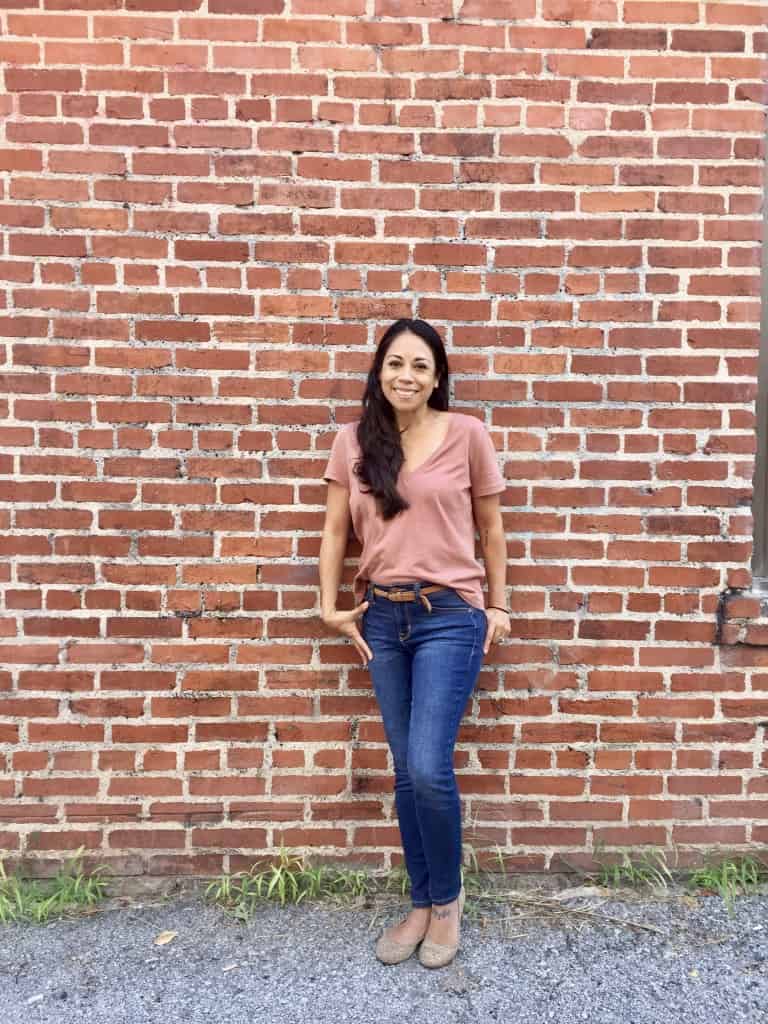 As Fresh Arts Managing Director, Angela leverages her past business and creative experience to provide career-building support to emerging local artists. She holds a BA in Art History with a minor in Studio Arts from the University of Houston and has a strong background in project management. Before championing artists became her full-time job, Angela spent nearly a decade in the interior design industry as both a consultant and small business manager. Combining her arts background with interior design, she focused on art-centric, creative styling solutions and provided a range of services including decorative painting, furniture design, event planning, fine art consulting, art inventory management and everything in between. A lover of art adventures, hot dogs, and the Beatles, Angela is also a community outreach volunteer for Barrio Dogs, Inc. and served on the Mayor’s Millennial Advisory Board for the City of Houston from 2018-2020. She is also a mom to a rambunctious toddler, two rescue dogs and two cats.

Closed all major holidays + the last 2 weeks in December.